Club de Regatas Vasco da Gama usually known as Vasco da Gama or simply Vasco, is a famous and traditional Brazilian multisports club from Rio de Janeiro in Brazil, founded on August 21, 1898 (although the football department started on November 5, 1915). It was founded by Portuguese immigrants, and it is still traditionally supported by the Portuguese-Brazilian of Rio de Janeiro and one of the most popular in Brazil, with more than 20.5 million supporters.

Its statute defines the club as a "sportive, recreative, educational, assistant and philanthropic non-profit organization of public utility".

Their home stadium is Estádio São Januário, capacity of 25,000, the third biggest in Rio de Janeiro (after Estádio do Maracanã and Estádio Olímpico João Havelange), but some matches (especially the Local derby Rio de Janeiro) are played at the Estádio do Maracanã (capacity about 80,000). They play in black shirts with a white diagonal sash that contains a Cross pattée (famously, though mistakenly, identified as a Maltese cross), black shorts and black socks.

In the late 19th century Sport rowing was the most important sport in Rio de Janeiro. At this time, four young men – Henrique Ferreira Monteiro, Luís Antônio Rodrigues, José Alexandre d’Avelar Rodrigues and Manuel Teixeira de Souza Júnior – who did not want to travel to Niterói to row with the boats of Gragoatá Club decided to found a rowing club.

Inspired by the celebrations of the 4th centenary of the first sail from Europe to India, the founders chose the name of the Portuguese explorer Vasco da Gama to baptise the new club.

Football was included only with the fusion with Lusitania Clube, other mostly Portuguese immigrants club. Beginning in the smaller leagues, Vasco became champion of the league B in 1922 and ascend to league A. In its first championship in League A – in 1923, Vasco became champion with a team formed by whites, blacks and "mulattos" players of different social classes.

Fight and victory against racism

Because of that, in 1924 Vasco da Gama was pressured by the Metropolitan League to ban some players that were not considered adequate to play in the aristocratic League, notably because they were black, mulato and/or poor. After the negative response of Vasco, the big teams, Fluminense, Flamengo and Botafogo, among others, created the Metropolitan Athletic Association and prohibited Vasco to participate unless it complied with the racist demand.

The former President of Vasco, José Augusto Prestes answered with a letter that became known as the Historic Answer (resposta histórica), which revolutionized the practice of sports in Brazil. After a few years, the racism barriers fell. Vasco da Gama had defeated the racist people from Fluminense Football Club, Clube de Regatas do Flamengo and Botafogo de Futebol e Regatas.

However, the first club to accept a black player was not Vasco, but Bangu in 1905, with Francisco Carregal. This was documented by Mário Filho and researcher Carlos Molinari, including photographs and other evidence, but Vasco was really the first Club to fight for the inclusion of black players and poor in Brazilian football, and perhaps to the entire world.

The Victory Express and the South American Club Championship

Between 1947 and 1952, the club was nicknamed Expresso da Vitória (Victory Express), as Vasco won several competitions in that period, such as the Campeonato Carioca in 1945, 1947, 1949, 1950, and 1952, and the South American Club Championship (football) in 1948. Players such as Ademir Marques de Menezes, Moacyr Barbosa, Hilderaldo Bellini and Ipojucan defended Vasco’s colors during that period.

After winning the 1997 Campeonato Brasileiro Série A in 1997, beating Sociedade Esportiva Palmeiras in the final, Vasco started its Projeto Tóquio, and invested US$ 10 million to win the 1998 Copa Libertadores. Vasco successfully won the Copa Libertadores, beating Barcelona Sporting Club of Ecuador in the final.

The club would go on to play the Intercontinental Cup and Interamerican Cup losing both matches.

The team finished the championship in a disastrous 18th place and was relegated to the second division of the championship for the first time since its foundation, 110 years before. Up until the relegation, it was one of the only six clubs to have never been removed from the first division, along with Sport Club Internacional, Cruzeiro Esporte Clube, Clube de Regatas do Flamengo, Santos Futebol Clube and São Paulo Futebol Clube, though the last two (even they never played any of the lower divisions), didn’t participate in the 1979 Brazilian Championship’s 1st division, in order to avoid conflicts with Paulista Championship schedule.

After so many years without be champion of a important competition, Vasco da Gama won the 2011 Copa do Brasil against Coritiba Foot Ball Club after 2011 Copa do Brasil Finals, ranked 2nd on 2011 Campeonato Brasileiro Série A with a excellent campaign and was a semifinalist of the 2011 Copa Sudamericana, a competition that eliminated Sociedade Esportiva Palmeiras, Club Aurora and Universitario de Deportes (the two latter in historic victories) before being eliminated from the Club Universidad de Chile in a confrontation that brought together, for many, the two best teams in South America at the time. This year was called of "Redemption Year of Vasco da Gama", because the team became again an elite team of Football in Brazil.

Although best known as a football, rowing and swimming club, Vasco da Gama is actually a comprehensive sports club. Its basketball section (twice Campeonato Brasileiro de Basquete and twice Liga Sudamericana champion) produced current National Basketball Association player Nenê. The club is also the first Brazilian club to play against a NBA team. In 1999, the club played the McDonald’s Championship final against San Antonio Spurs. Its rowing team is one of the best of Brazil. Its swimmers regularly represent Brazil in international competitions. And Vasco da Gama is present in many other sports.

Fight and victory against racism: the Historic Answer

The resolution presented today by the press, token on yesterday meeting by the highest level of the Association which you so worthily preside, lead Club de Regatas Vasco da Gama in an inferiority situation, which absolutely cannot be justified either by a deficiency of our field, nor the simplicity of our headquarters, or the condition of a great number of our partners.

The privileges granted to the five founding clubs of AMEA and the manner the right of discussing and voting will be exercised, and future qualifying will be done, force us to expose our protest against that resolutions.

About the condition of expelling from our team twelve (12) of our players, the board of directors of Club de Regatas Vasco da Gama unanimously decided not to accept, expressing our disagreement with the reasons of a process to investigate the social position of our dealers, investigations led to a court which they had no representation nor defense.

We are sure you shall be, certainly, the first one to admit that it would be an unworthy act to sacrifice, despite our desire to join AMEA, some of those who fought to give us, among other wins, the city football championship of Rio de Janeiro, 1923.

These twelve young players, almost of all Brazilians, are in the birth of their careers, and the public act that can maculate them will never be practiced with the solidarity of those who rule the house that received them, nor under the flag they, with so much gallantry, covered with glories.

Accordingly, we are complaining to communicate to Your Excellency that we give up to be members of AMEA.

Your Excellence accept the assurances of consideration and respect from the one who has the honor to subscribe, from you. Acts VNR. Thank you

Club de Regatas Vasco da Gama, a Club for all 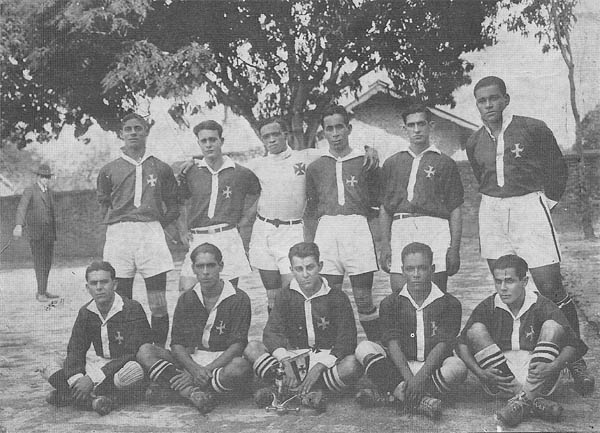 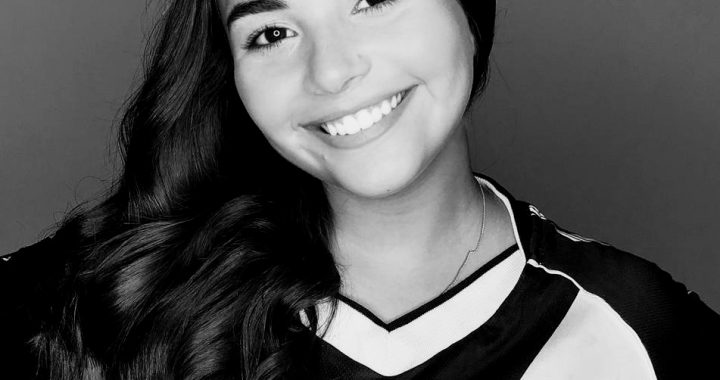